Search Results for: traveling with a baby 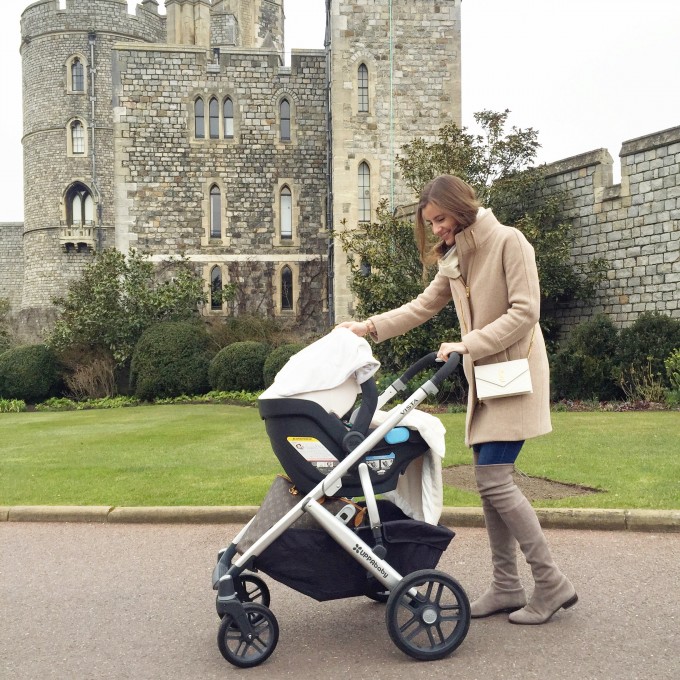 Travel is a big part of our lives and something we love to do, so it was important to us to introduce Baby Will to travel at an early age. We decided that for his first trip we would take him to London to meet his great-grandparents. At just 8-weeks old, we probably could have started off on a smaller scale. As it turns out, the hardest part of traveling with Will was getting him to look directly at the camera at 3 weeks old for his passport photo! Will did great and slept most of each flight, adjusted to our new time-zone without blinking an eye and he loved being out and about in the city each day. Things went better than we ever expected, but we did learn a few things along the way:

We are so grateful for a such a wonderful experience on Will’s first trip! Now we are busy planning our next getaway- this time it will most likely be on this continent 🙂 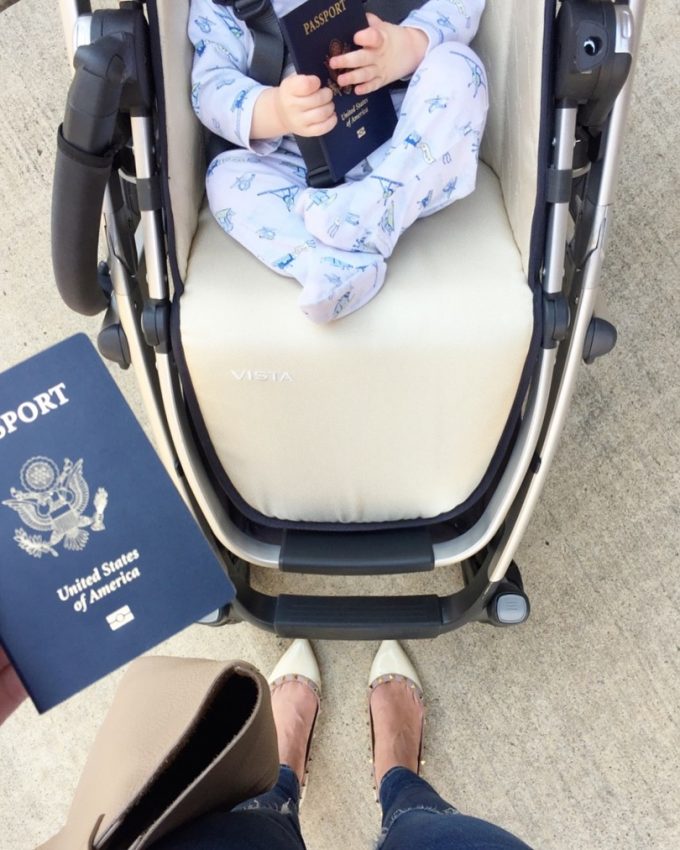 Happy Monday! It’s been a week since Stia, Caleb and William returned from Finland and they are officially back into the swing of things. While they were away, so many of you reached out looking for tips for traveling with a baby. We shared a few tips after William’s first trip to London at 8 weeks old, but so much has changed since then! Let’s just say… be sure to start traveling when they’re young because it definitely doesn’t get any easier, but it does get way more fun!

Here are Stia’s tips for traveling with an (older) baby:

Hope these tips help. As always, please feel free to reach out or leave a comment if you have any specific questions about traveling with a baby!

Have a great week! 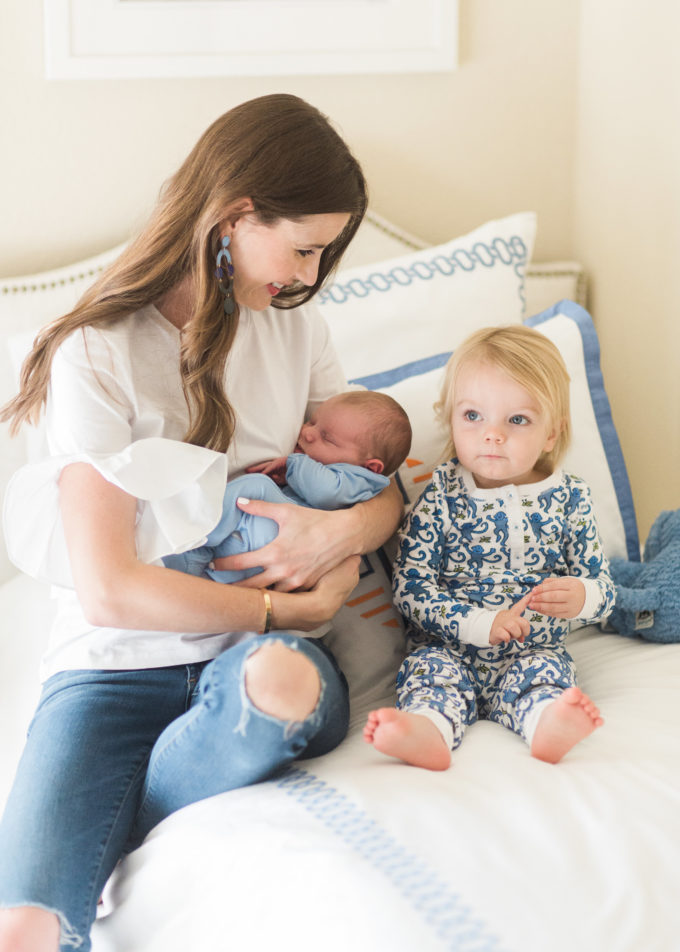 Happy Monday! Hope you all had a good weekend! We had such a fun time celebrating Jean’s birthday – the only thing that could have been better was the weather. Where are the warm Spring temps?! Missing that a lot!

Since so many of you are moms with littles in the same stage of life and have similar kinds of questions for us, we thought it would be fun to try to answer the most FAQs from the past few months in one blog post. And if you aren’t in the baby stage yet, you can come back and reference this post once you are!

Let us know if you have any other questions and hope you enjoy! It has been so much fun getting feedback from you other moms and to try out some of your parenting suggestions, too. As always, thank you guys for following along on our adventures! xx 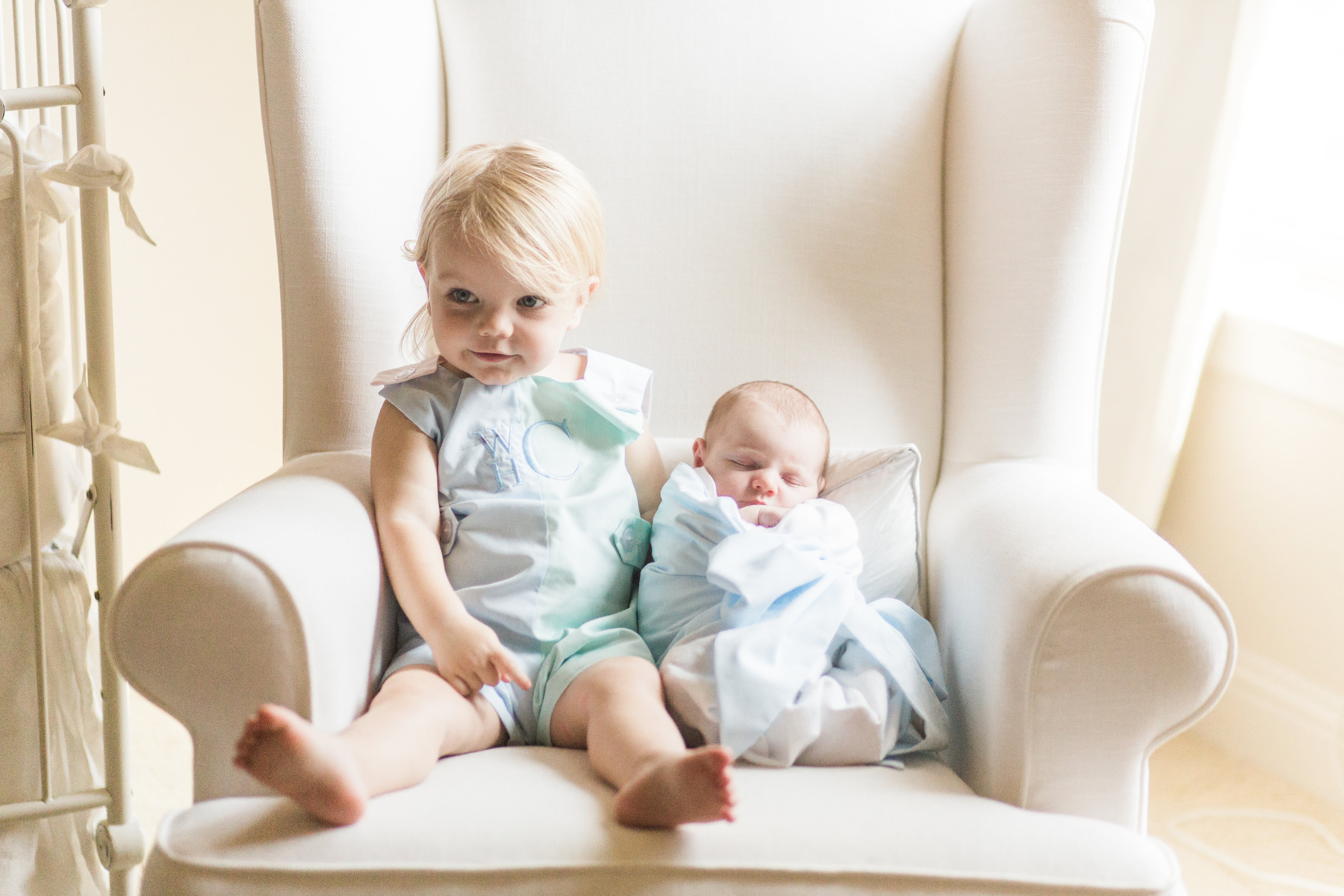 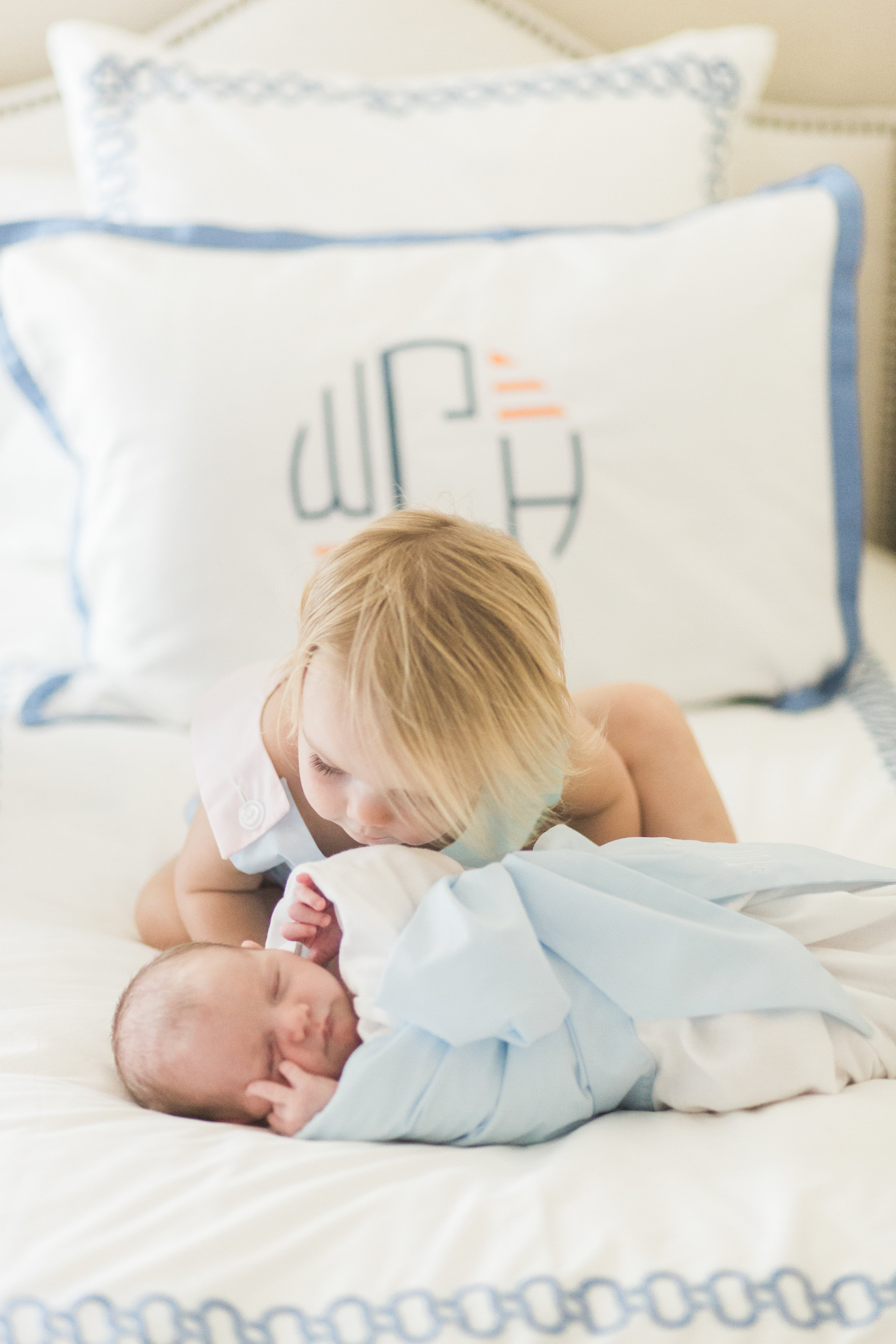 What kind of shoes are William’s red shoes?

They are by Chu’s and I got them at Hip Hip Hooray in Dallas. They are the cutest shoes, can be worn with or without socks and William is starting to put them on and take them off himself. These navy shoes are similar and such a good price and there is another similar style also available on Amazon.

What convertible car seat do you use?

We use the Maxi-Cosi Pria 70. William loves it and loves being in the car, which I can’t complain about! But, it’s rather bulky – in our car we can’t fit anyone in the middle back seat and the car seat seatbelt gets twisted a lot. He’s still rear-facing, so maybe it will be easier to get him in/out when I face him forward- or when I get a new car. I also may get new convertible car seats when I decide on a SUV and when Henry outgrows the infant car seat. I’d love the boys to sit right next to each other (which would leave one of the back seats open). Deciding between the Clek or Dionno. Would love to hear thoughts on your experiences with two being in convertible car seats at the same time!

What sleep suit do you use for Henry?

We use the Kyte sleep suit for Henry. I absolutely love it. It’s so soft and the print is too cute. Plus, it was such an easy transition for us from the Merlin’s to the sleep suit. It also comes in solid colors, too!

How is nursing different this time?

I’ve found nursing to be much easier this time around. For starters, Henry didn’t have a tongue tie, so that made the first week much easier. He latched on right away and honestly, we’ve never looked back. For the first few weeks I used this cream and haven’t had any issues since. I didn’t have high expectations for exclusively nursing this time around – just due to the fact that I have a two-year-old, I wanted to make sure I could take William to do things on our own and I just didn’t expect to nurse on demand like last time. Well, here we are 7 months in and he refuses the bottle and he still nurses on demand. I’ve also pumped a lot more milk than I did with William. With William, I would hardly get 1 oz, with Henry I get around 5 oz. I just wish he would take a bottle 😉

How did you wean William?

I had no plans to wean William until I found out I was pregnant right before he turned one. My OB wanted me to quit cold turkey, but there was no way that was going to happen. I set a goal to wean him completely by the time I was 20-weeks pregnant. William was still nursing in the morning, before and after each nap and before bed. I first decided to drop the feedings after he woke up from his nap and that’s when I did a snack instead. I dropped the feeding after his afternoon nap first, then I dropped the feeding after his morning nap. I did it very gradually, it probably took a month. I then started to drop the feedings before nap, then before bed. I hung onto the morning feed for awhile. Some mornings he would nurse and other mornings he would just be ready to play. I dreaded the “last feeding,” but because it was so gradual, I never knew what would be his last feeding or not. I think you’ll just know when your baby is ready to be done.

What is it really like to have two babies close in age? What do you like? What is difficult?

It’s the best thing ever and even though our lives are totally crazy right now I wouldn’t change a thing – I adore those two boys so much. When I had William, I was working a corporate job. I had twelve-weeks of maternity leave and near the end I decided I wanted to stay at home with William full-time. With the second baby, there is no such thing as maternity leave, AND you have to be awake and with it when your toddler wakes up, even after being up all night! There is no doubt that having babies 1.5 years apart is crazy, but I wouldn’t change a thing. Now that Henry is getting bigger, more interactive and on the move, it is just precious to see those two love on each other. I pray every day that they become the best of friends, always looking out for each other.

I will say that I think I am just now coming out of the newborn fog. Lack of sleep for 6 months, and also wanting to be there for both of my boys anytime of the day has worn me out. Now that I’ve had a little bit of time to catch up on sleep, I find myself better able to manage our house, do some meal planning and cooking, and overall I have a better outlook. Sleep deprivation is no joke.

The hard part is that they are both still babies. I find it hard juggling what to do when they both wake up at the same time – nurse Henry first, or go and get William, etc. There was a little jealousy and there still is occasionally, but overall I think William adjusted really well to his new role. He is protective, thinks Henry is hilarious and is his biggest fan. Henry watches William’s every move and is just so ready to be able to jump in and play with his brother. I’ll never forget being in the hospital when Henry was born and Henry was crying. William walked into the hospital room and Henry immediately stopped. Ever since that moment, I could see the special bond those two brothers will have. Makes the craziness completely worth it!

When I found out I was pregnant, I decided to enroll William in pre-school for one-day a week. It has been the best decision. I get great quality time with Henry sans big brother and William absolutely loves seeing his little friends each week.

I would say to give yourself a break those first six months. We like to be busy, but there are some weekends we cancel plans because we need that time as a family of four together, without any other commitments.

How is room sharing going?

It’s not going yet. Honestly, Henry was such a terrible sleeper that it just didn’t make sense to have the boys in the same room. I would rather just one baby wake up, than Henry waking up William too. Henry is finally settling into a good nights sleep and typically sleeps all night or wakes up once to nurse. Now that he is sleeping better, we’re planning to move him out of our room soon.

Has William moved to big boy bed yet?

No. We are close though. I just haven’t felt like the timing is right. I ask him if he wants to, but he says no and says the crib is his bed. I think it makes him feel safe/secure knowing he can roll around and all his lovies are there. He has started to climb out of his crib – scared me to death when he walked downstairs and I thought he was napping! So, if he keeps climbing out, we will make a change soon.

Where do you find shorts for toddlers?

The only shorts William has worn are from The Beaufort Bonnet Company. We have had the best luck with fit/length, they come in cute prints and can be monogrammed.

Have you started potty training William?

Not yet! He’s starting to show signs, but I’m going to try to wait until late Summer when we are done traveling for awhile.