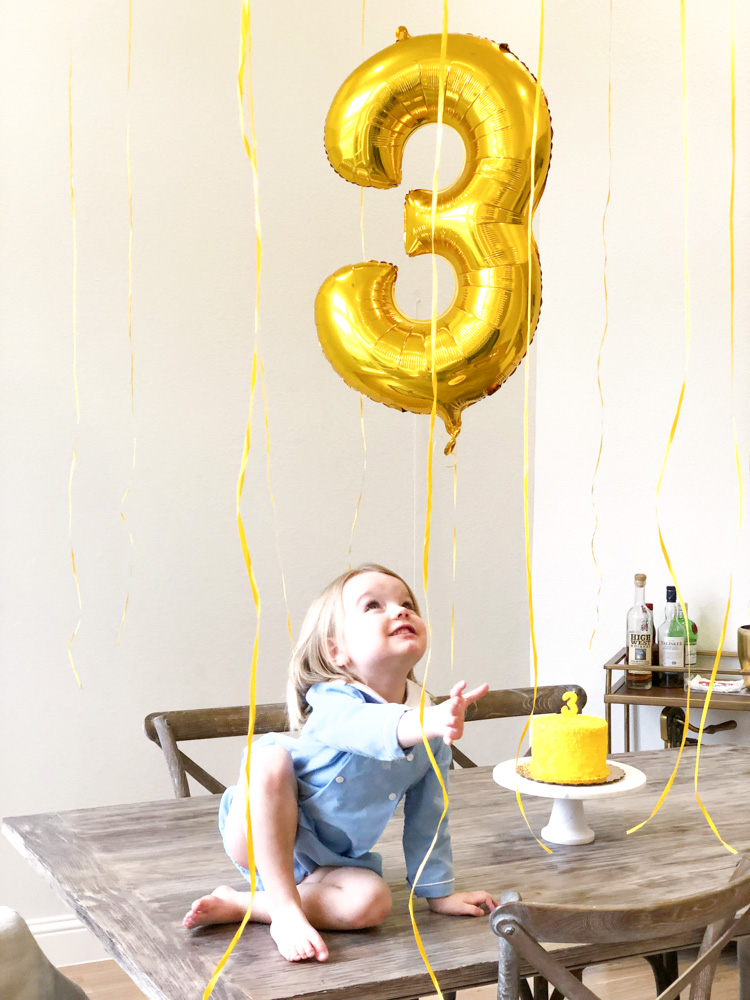 // at his birthday this weekend //

Happy Third Birthday to our sweet William! We spent the whole weekend celebrating our big three year old! For William’s birthday this year, we had a family birthday party at our new house. William’s only requests were lots of yellow and that his great-grandmother come from London (she arrived Thursday :)).  It was a great weekend and he’s been playing with his new toy kitchen ever since!

Wow – the jump from being a two year-old to a three year-old is a huge one! On Christmas, Caleb and I were watching some videos on my phone from Christmas the year before and William was barely talking. He had his few words, but nothing like the vocabulary and sentences he speaks just a year later. It has been so much fun watching him develop and become more independent this year!

Happy Birthday to our sweet William! 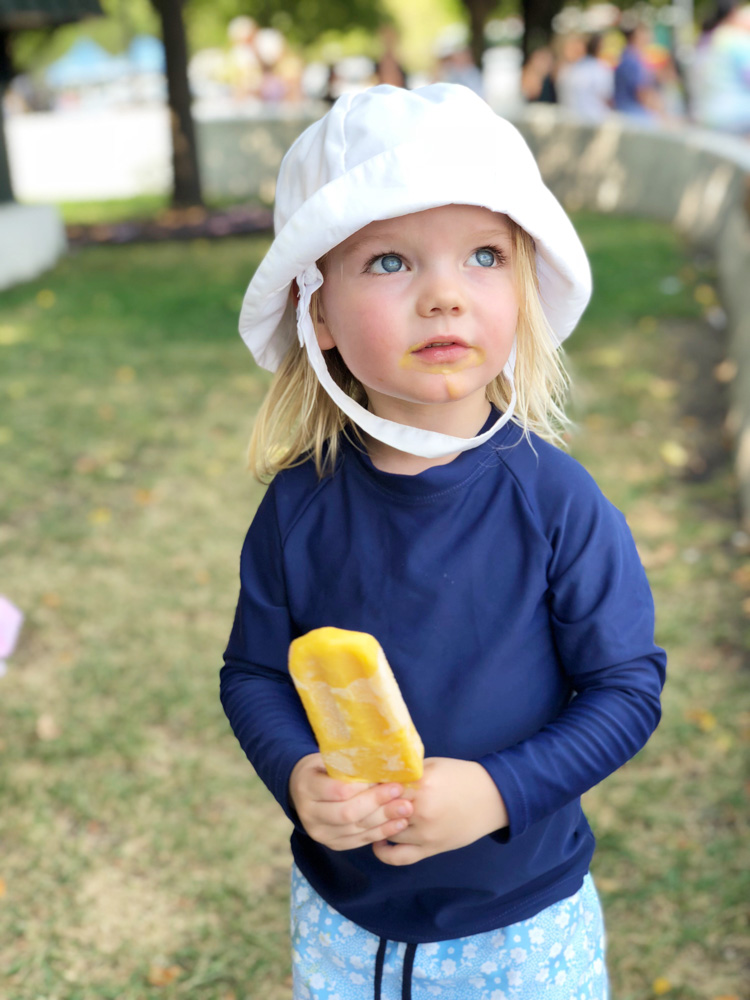 // spent the weekend in Chicago in August // 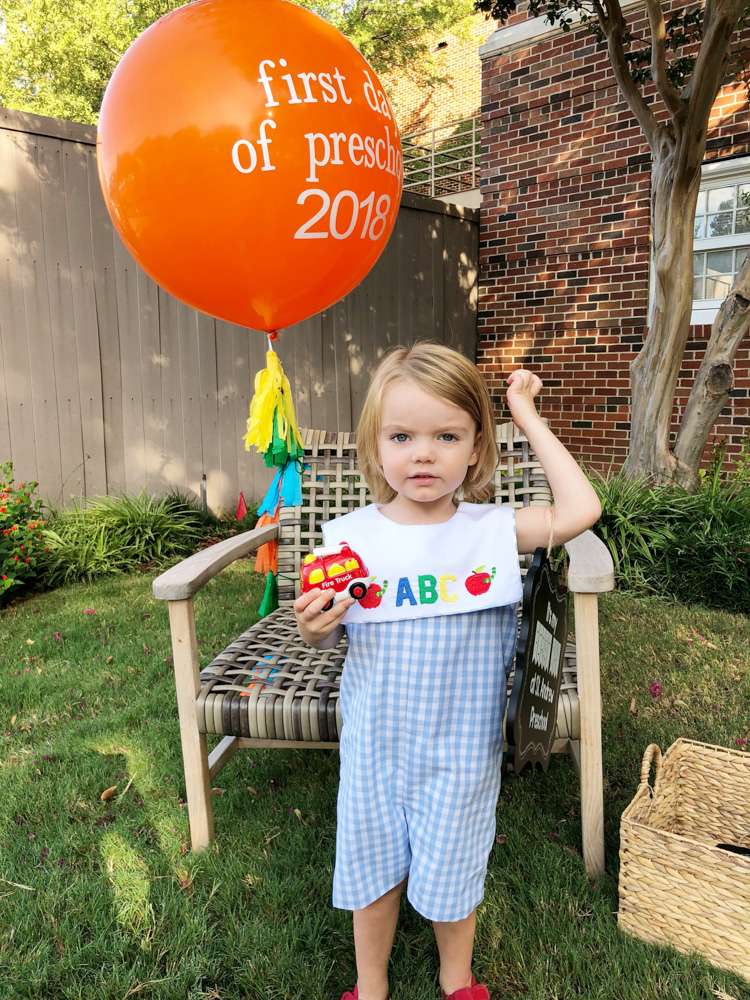 // first day of pre-school this September! //

We head to the pediatrician tomorrow for his well visit, so I will update once we know. He usually follows 80% for height and 50% for weight.

We moved from my parents’ house into our new house just around Thanksgiving. Both boys did pretty well transitioning, but William started waking up around 5 and running into our room – not ever going back to sleep! It felt like forever, but he’s back to sleeping until about 7:30, thank goodness!

William once slept with so many different animals, blankets, etc and now he’s down to just one. His big white fluffy blanket (which he named Fluff) and it goes with us everywhere! 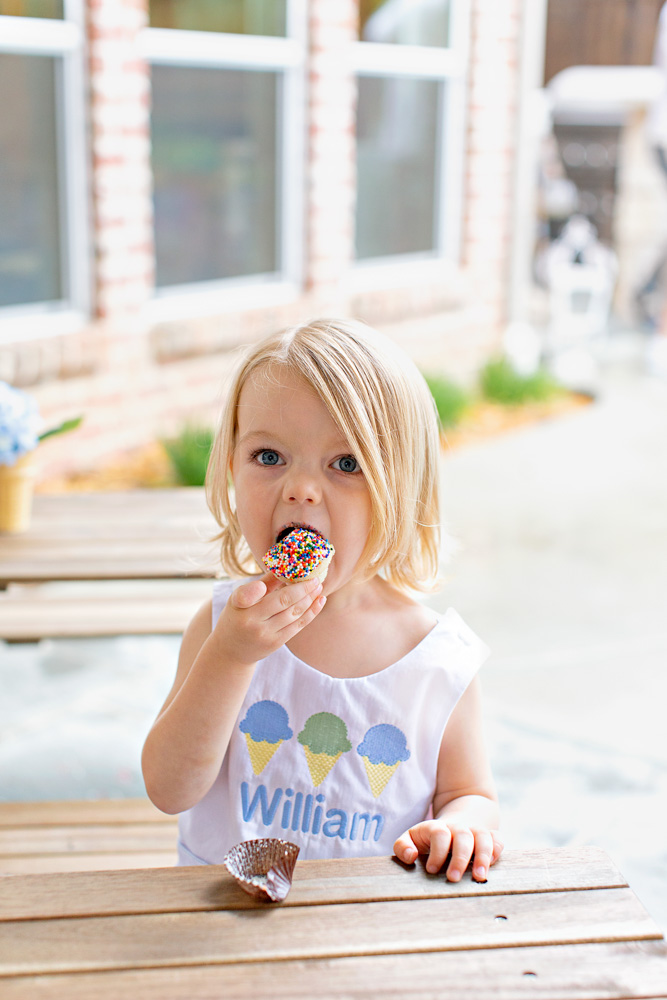 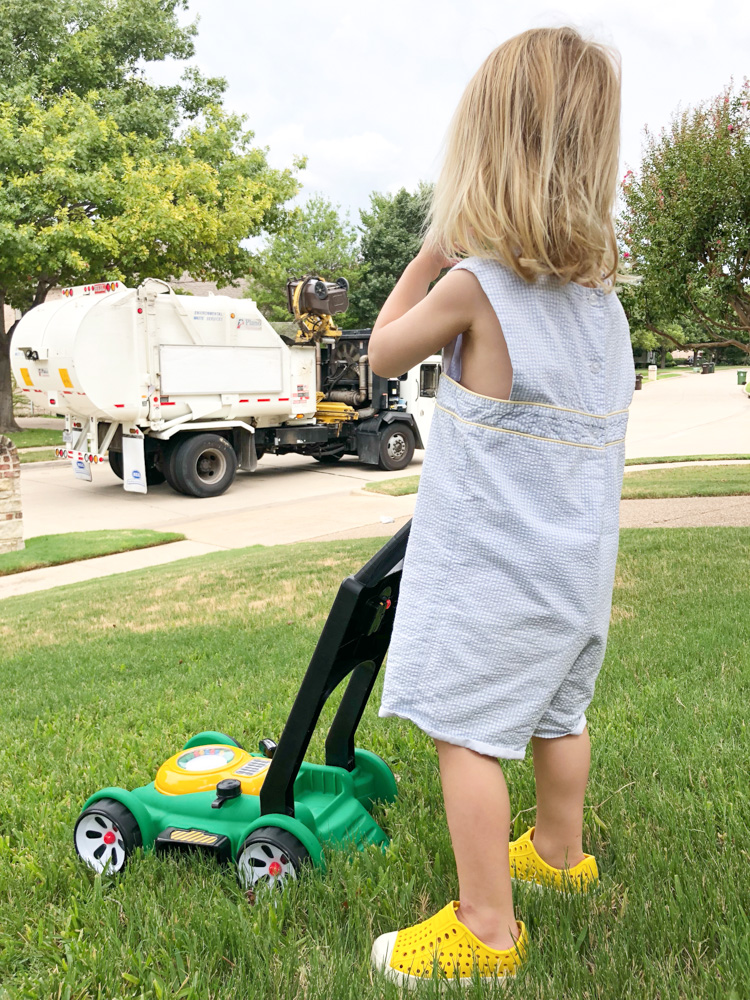 // obsessed with all things outdoor and garbage trucks //

I don’t even know where to start with this boy! He has the biggest, sweetest heart and he has just grown up so much in the past six months/year. He cares so much about others and I love seeing how much he loves to help and teach Henry to do things, too. I love when they are playing and I hear him saying “Henry, put the puzzle piece here” or “No, Henry this is how we do that.” It’s so sweet.

Like I said earlier, the biggest change of the year is his vocabulary. He speaks long sentences, sings songs and is just a blast to have a conversation with. He says so many funny things that I’ve started to keep track of them in my phone. One from last week – He was driving in his ride-on car and it ran out of battery. My dad told him it ran out of “juice,” and he said maybe it needs some apple juice. 🙂 Little things like that come out of his mouth all day long and he has us laughing like crazy!

He doesn’t stop all day long, even if he’s tired! He and Henry are constantly coming up with a new game or fighting like brothers. He definitely has the older sibling mentality, looking out for his little brother and always making sure he is okay.

But, along with all the fun comes the “threes.” Terrible twos didn’t hit us too hard, but I’m already starting to see more tantrums as we got closer to three. They are always over silly things and as quick as they start they are over – but I guess we will be navigating that now!

Not much has changed since William’s 2.5 year update. He still eats the same things for breakfast, lunch and dinner. We still have trouble with vegetables, but I always offer them and then resort to a veggie pouch if needed. He has gotten a little pickier where he won’t try foods he hasn’t had before – hoping this is just a phase! 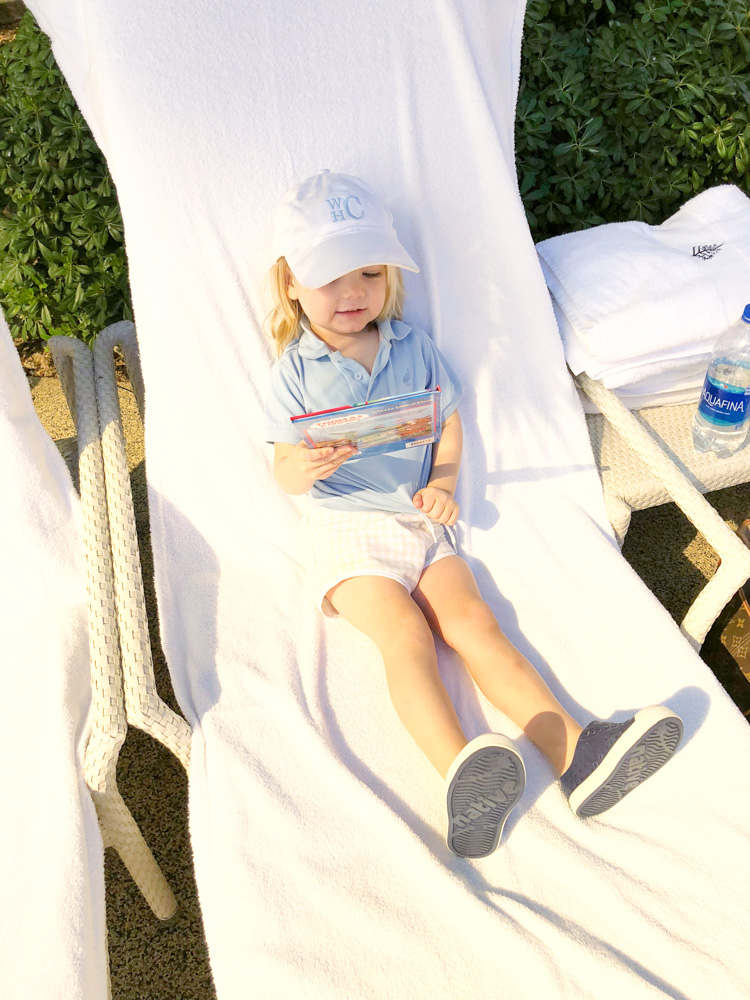 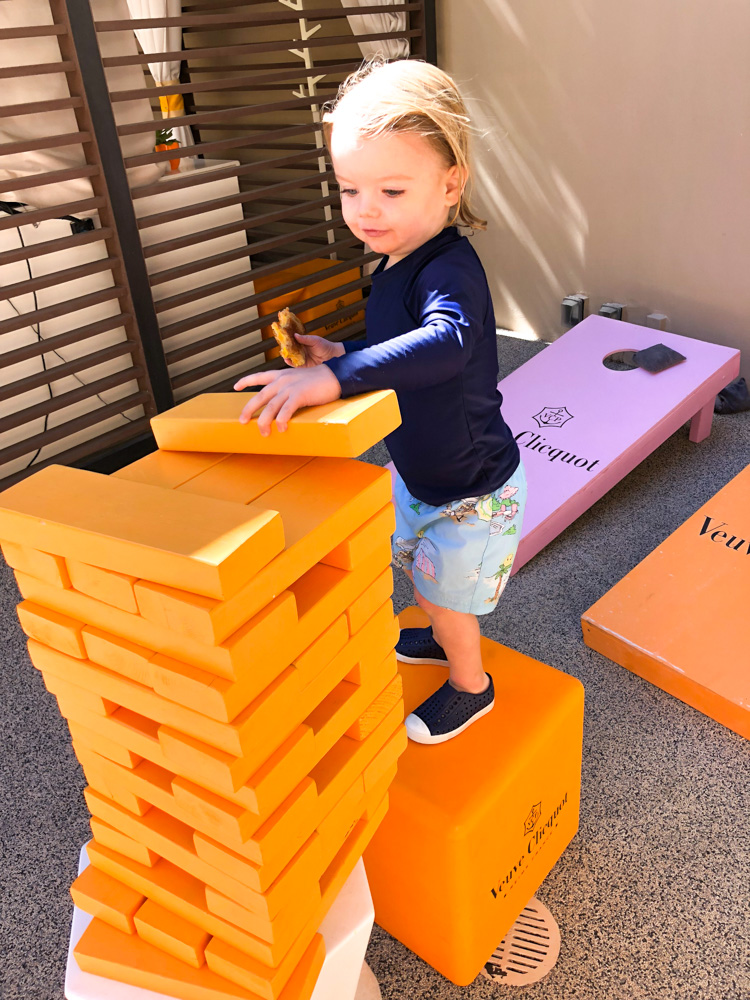 Another thing that hasn’t changed much since this summer – his schedule is basically the same! Up at 7:30, nap around 2 and bed around 8!

William is in Mother’s Day Out again this year and loving it. He now goes twice a week, which was a big adjustment from last year! It’s nice for me to have some one on one time with Henry and William loves going to school to play with his friends. That’s the only “organized” activity we do at the moment. He continues to love doing jigsaw puzzles and he blows all of us away with the level he is able to do – he does them with the pieces turned upside down, too. He loves cars, trucks and parking garages. He still loves to paint at his easel, taking his bike out for a spin and loves his marble maze that Santa brought. We try to get to the park when it’s nice enough and not too cold and he has loved being in the kitchen helping me cook, clean and put away dishes, etc. It’s so sweet to see how he just wants to do what I do all day! 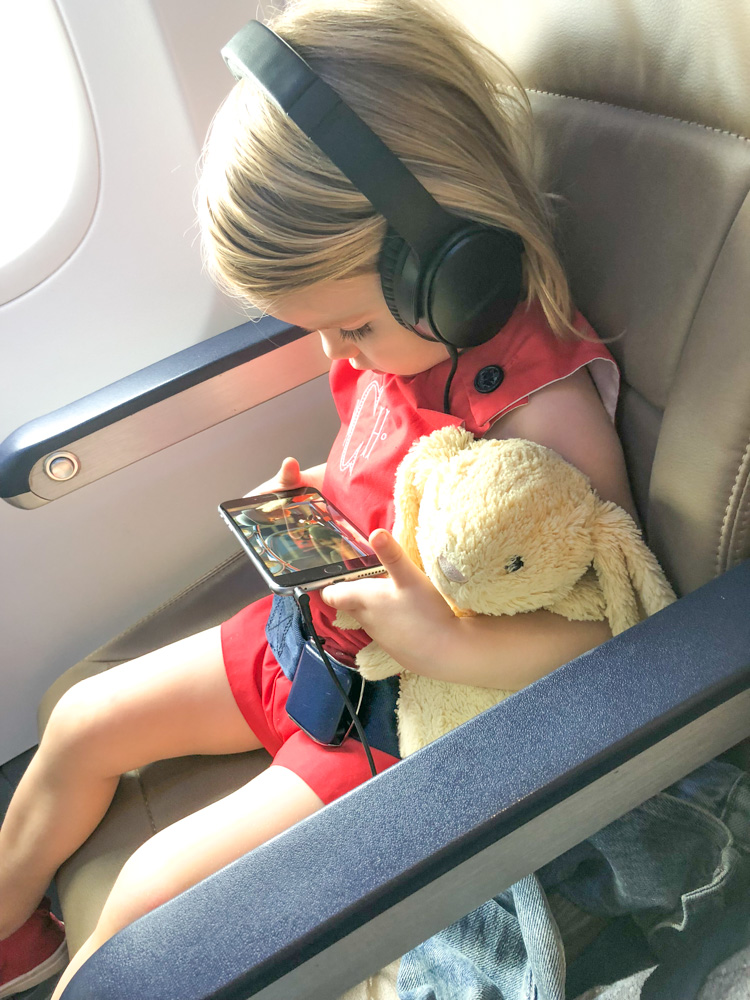 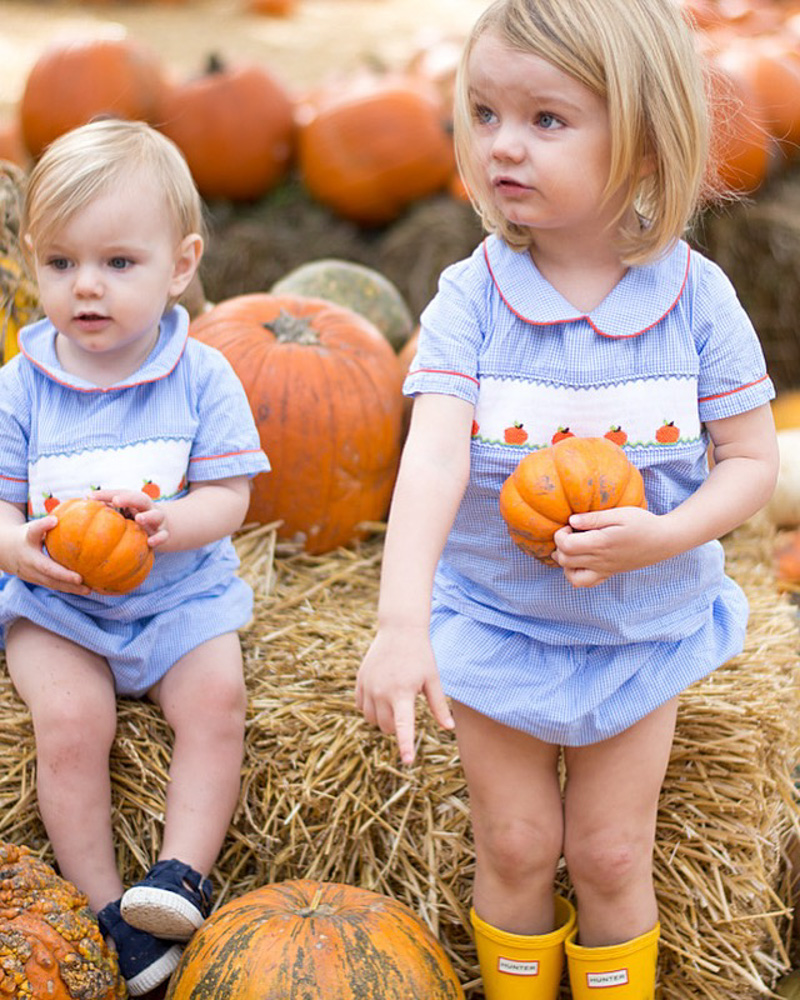 // we always have a visit to the pumpkin patch //

We attempted to potty train a few weeks ago and he just wasn’t ready yet. I may try again over Spring Break or wait until school is out for summer. Just waiting for him to give me the “okay” and I know it will go a lot smoother! 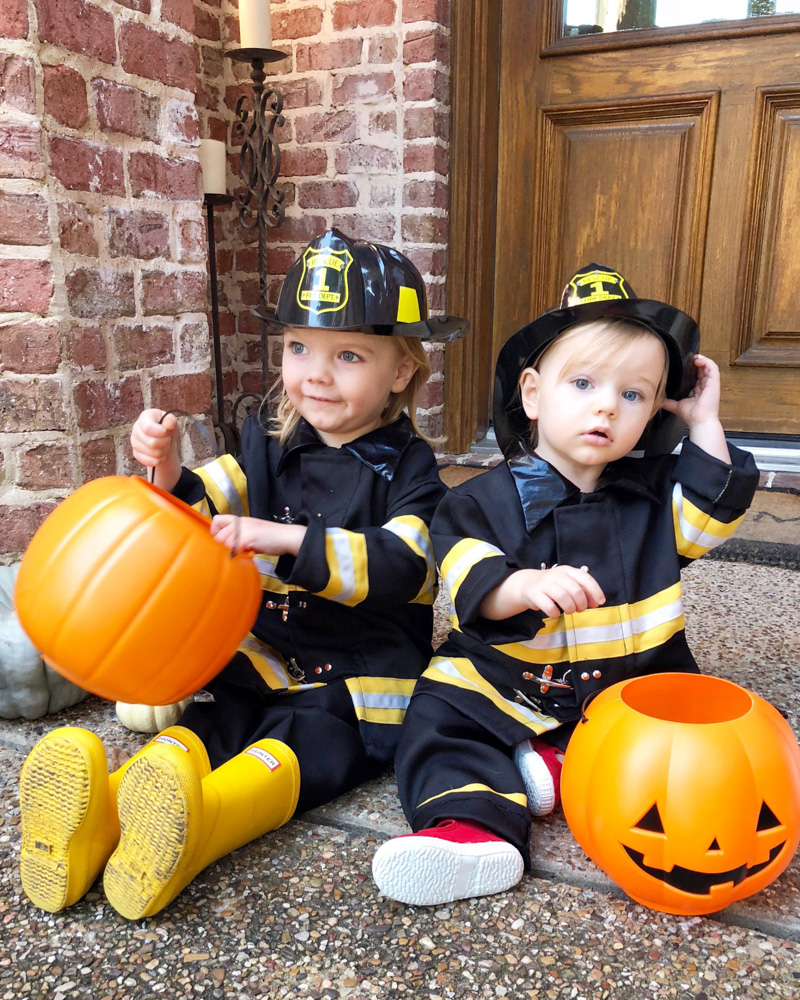 // he went through a major fireman phase this year! // 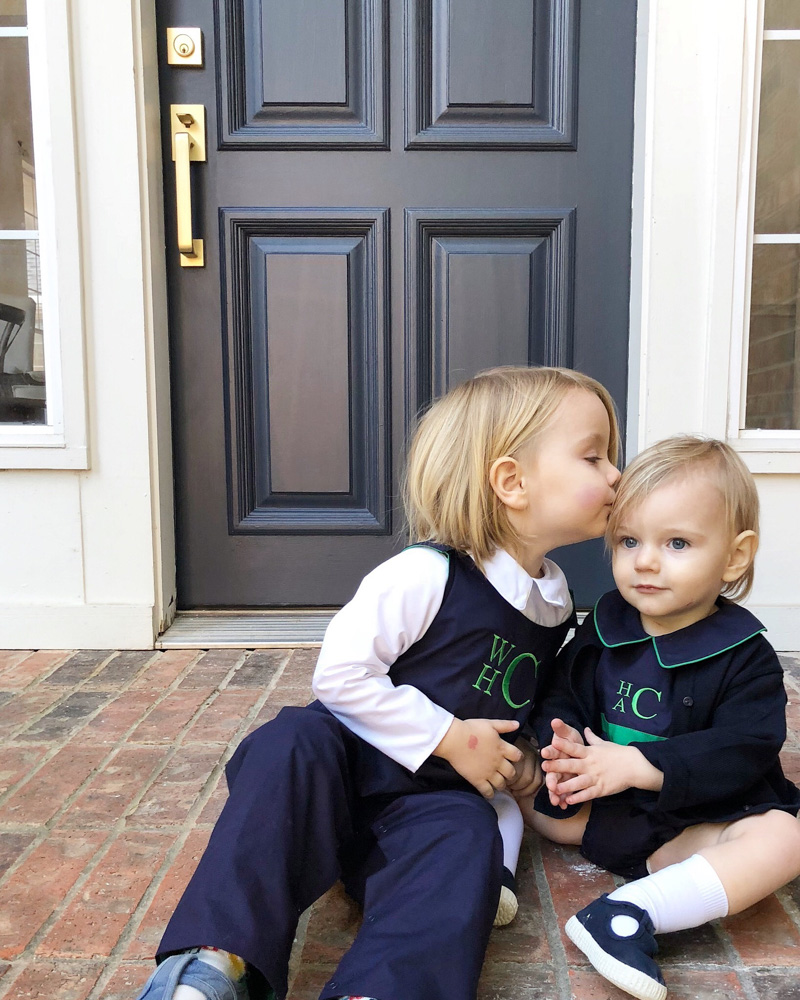 // brotherly love – and finally in our house in November // 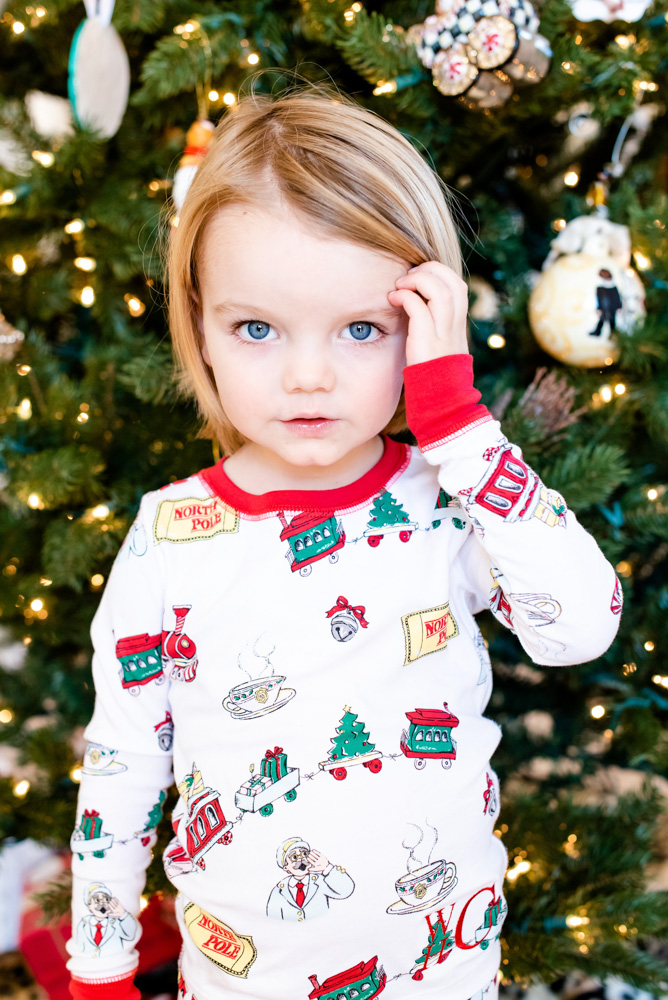 // he wanted all yellow for his birthday party //