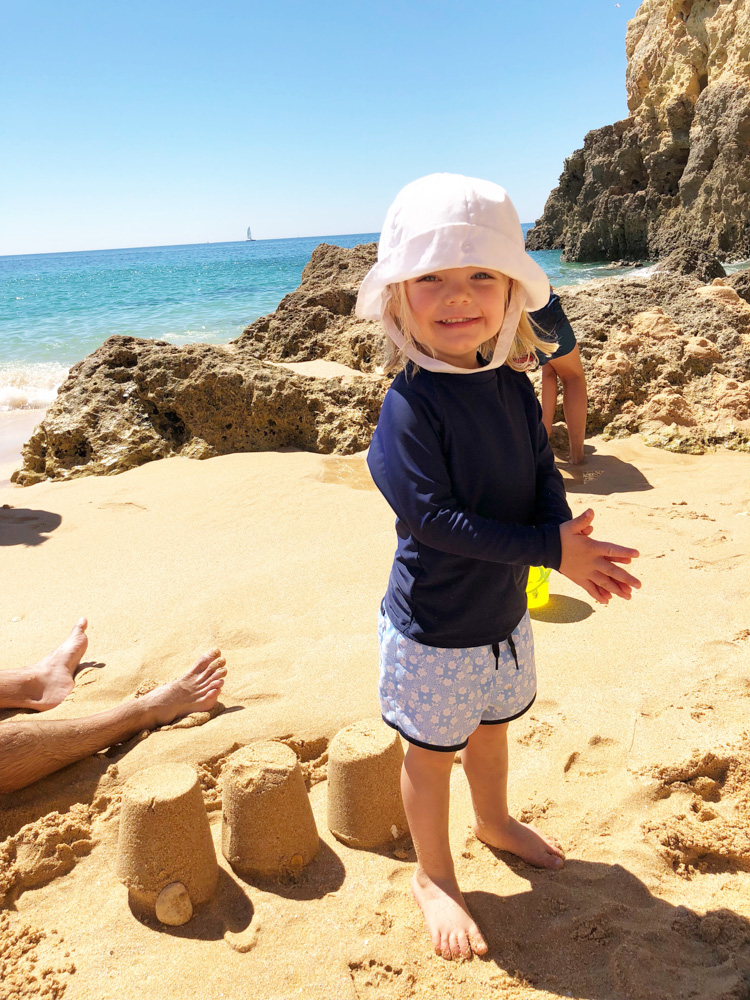 I can’t believe how every stage of baby gets that much better, but I think this has been my favorite stage that William has been in so far. He is so sweet and loving, has quite the infectious personality and is just so joyful. Now that he is talking, I just love hearing the way he phrases things and how he communicates. He talks himself to sleep most nights and it is so much fun seeing how his brain is developing and how things/thoughts are connecting! He adores his little brother and people close to him, but if he doesn’t know you, he is as shy as can be! He is turning into a kind, tender-hearted and full of life little boy and I couldn’t be more proud of him!

Keep scrolling to read his 2.5 year old update and see some pictures from the past few weeks! PS: At the very bottom, I’ve linked our must-have baby/toddler items from the Nordstrom Anniversary for any of you moms/moms-to-be! 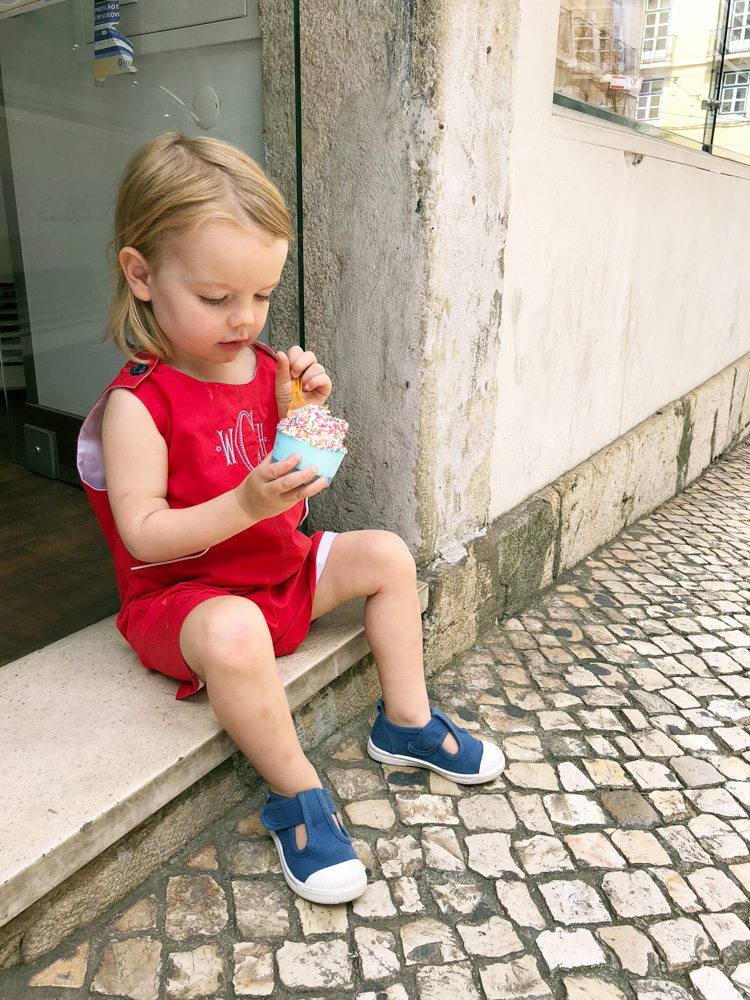 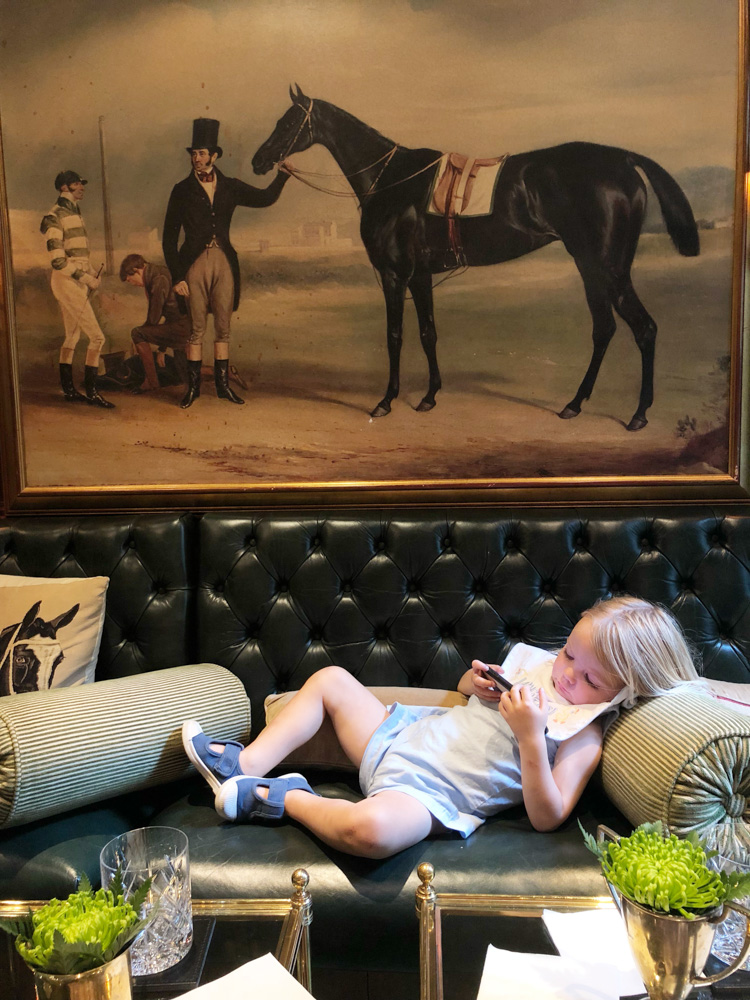 I was worried that we may have some sleep regressions after moving William to his big boy bed, but he did so good! The transition went so smoothly and I was glad I waited until he was ready. He sleeps for about 11-12 hours at night and typically gets a 2 hour nap in during the day. A few months ago, he had a major nap regression – I thought it could be the end of his naps – but, I just kept putting him down for a “rest” day after day and eventually he started to nap again- thankfully! 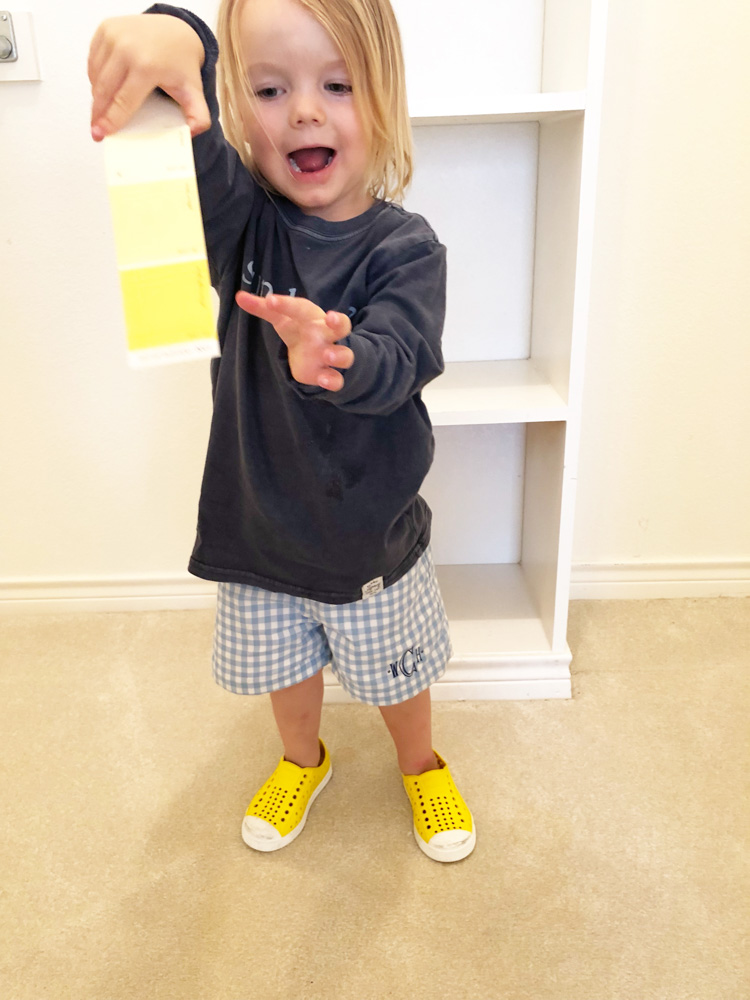 William is sweet, he is tender-hearted, he is bossy and he is a ball of energy and brings us all so much joy and laughter. He is very protective over Henry and it so sweet to see the two of them playing and laughing together. He is a rule follower (most of the time), likes to tell everyone what to do and keeps me on my toes. His little mind blows me away. He remembers everything and associates different places with different things. He loves puzzles and I love watching him put them together. He’s started to say “one more time, mommy” and then when I say “ok, one more time” he says “two more times, mommy.” Always trying for more!

William eats 3 meals and 2 snacks a day. For breakfast, he drinks a cup of almond milk and either almond butter toast with banana, turkey sausage and fruit or whole wheat waffles and fruit. For lunch, he loves avocado toast, chicken, or a turkey sandwich. I always serve fruit and some type of veggie, too – even if it’s just a veggie pouch. He’ll eat what we eat for dinner, but his favorite food is salmon, or almost any kind of fish, and he really started liking lamb on our trip. We’ve slowly started to introduce dairy products (in the past he has had a dairy sensitivity and eczema). He is not into veggies at all. I try with every meal, but the only veggies he likes to eat are raw carrots dipped in ranch. That’s why I started to give him vegetable pouches. He’ll eat those and at least he gets some vegies that way! 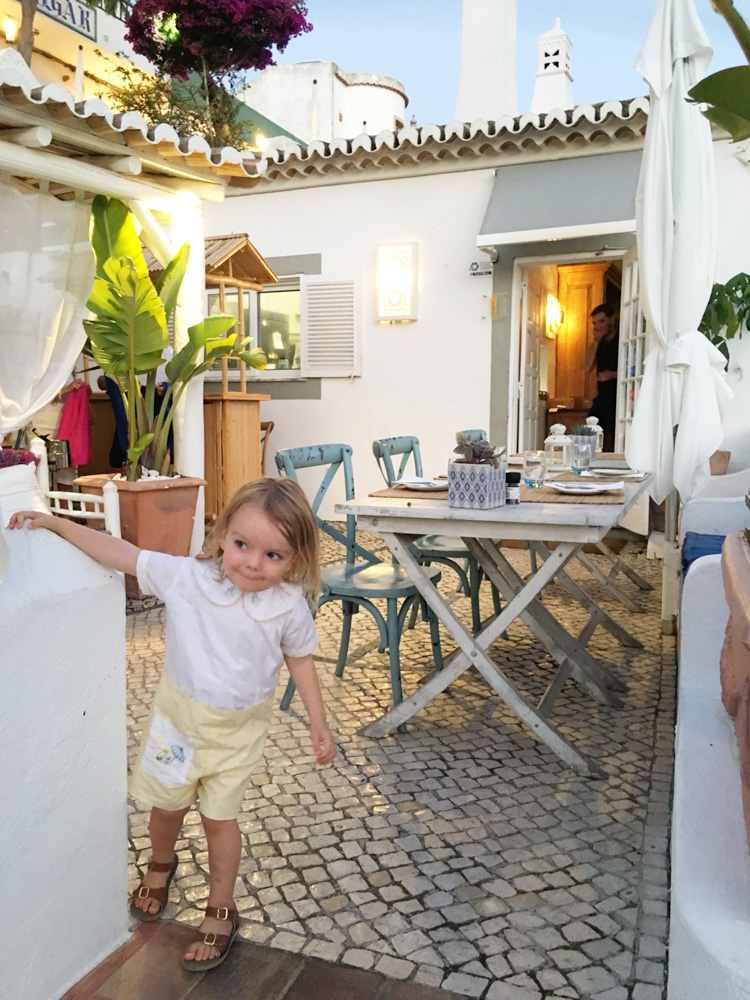 His schedule hasn’t changed much since his last update. He is starting to wake up earlier – typically around 7:30. He goes down for a nap around 2 pm. Bed is usually around 7:30/8 pm depending on if he napped that day! 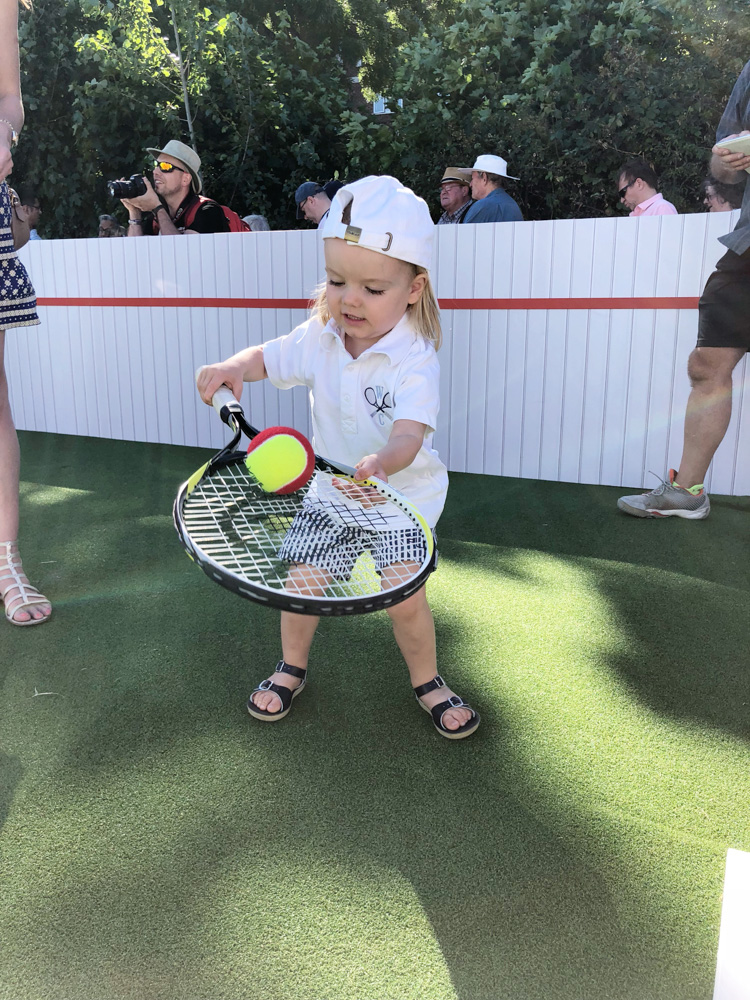 William finished his first year of Mother’s Day Out in May and it has been so nice having him at home! This summer we haven’t had any weekly scheduled activities. I didn’t enroll him in any camps and it’s been so nice having a flexible summer, especially with our move and traveling. He’ll go to Mother’s Day Out twice a week in the Fall, so I am soaking up all this time while I can. We go swimming most days, the park in the morning before it gets too hot and we spend a lot of time doing floor puzzles. He loves to paint, play with his cars and trains and he goes 90-miles an hour all day everyday. He just recently started to be able to sit down to watch a “show” and he loves to talk about/look at anything to do with ambulances, police cars, firetrucks, helicopters, airplanes etc. He points out every type of vehicle while we are out driving! 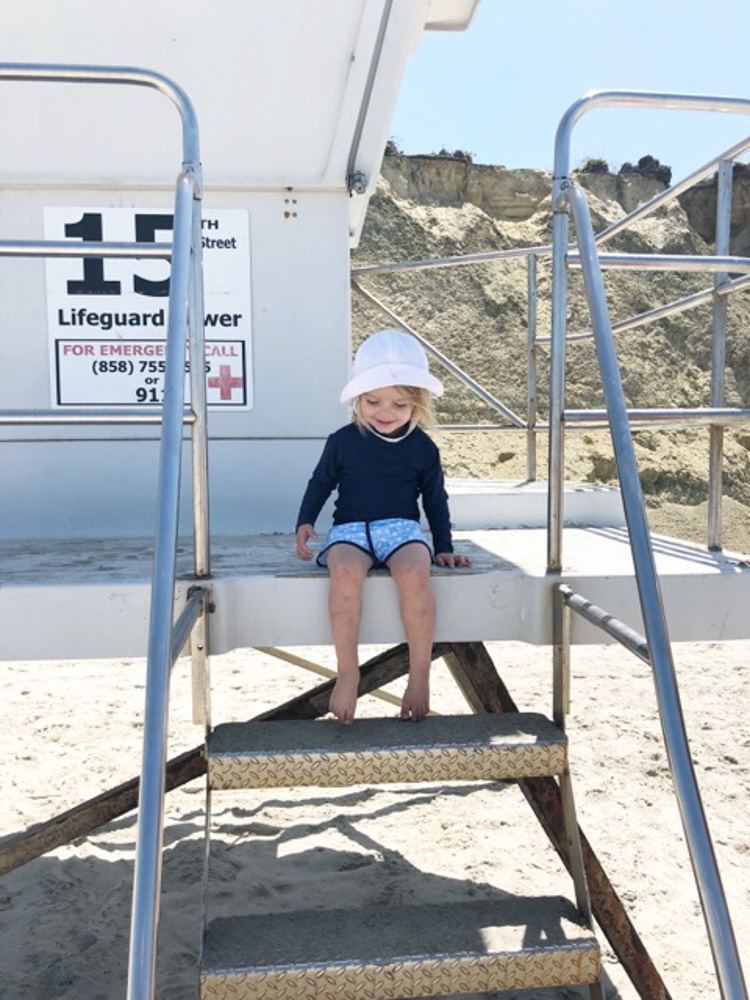 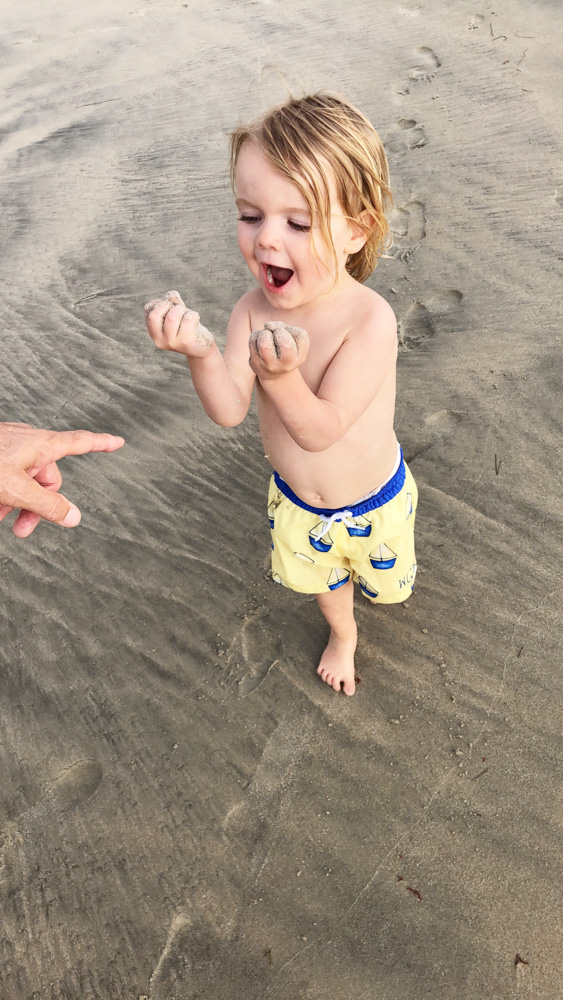 || so exciting to find shells at the beach ||

With so many amazing deals going on during the Anniversary Sale – I thought I would share some of my must-have baby/toddler items from the Nordstrom Anniversary sale: 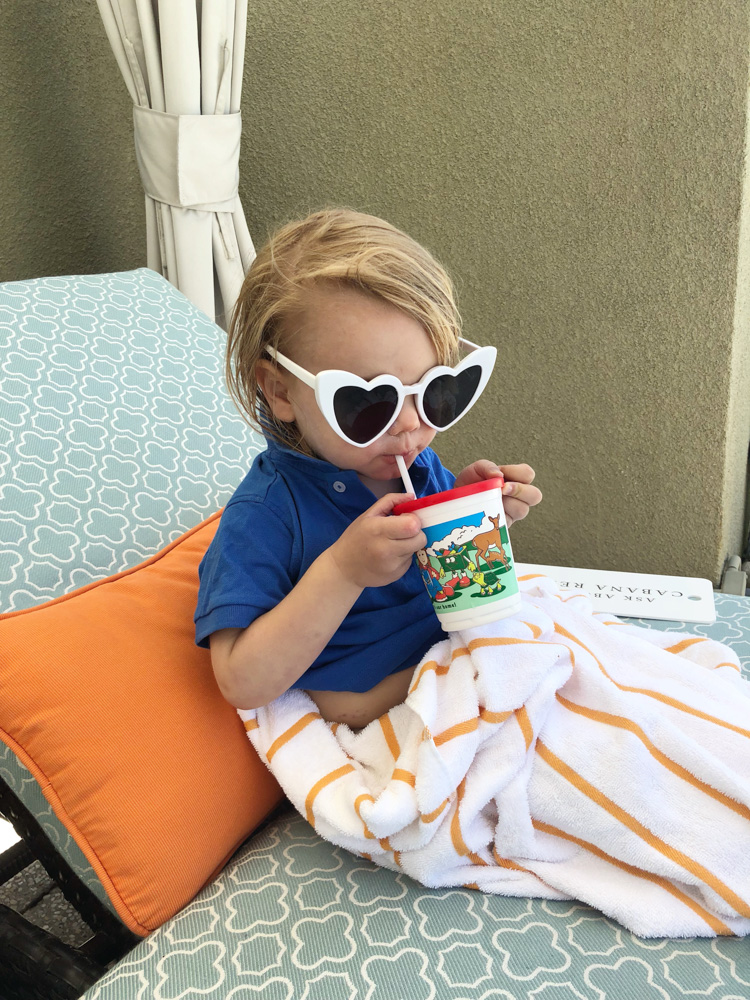 « june in review
the best sales this week »