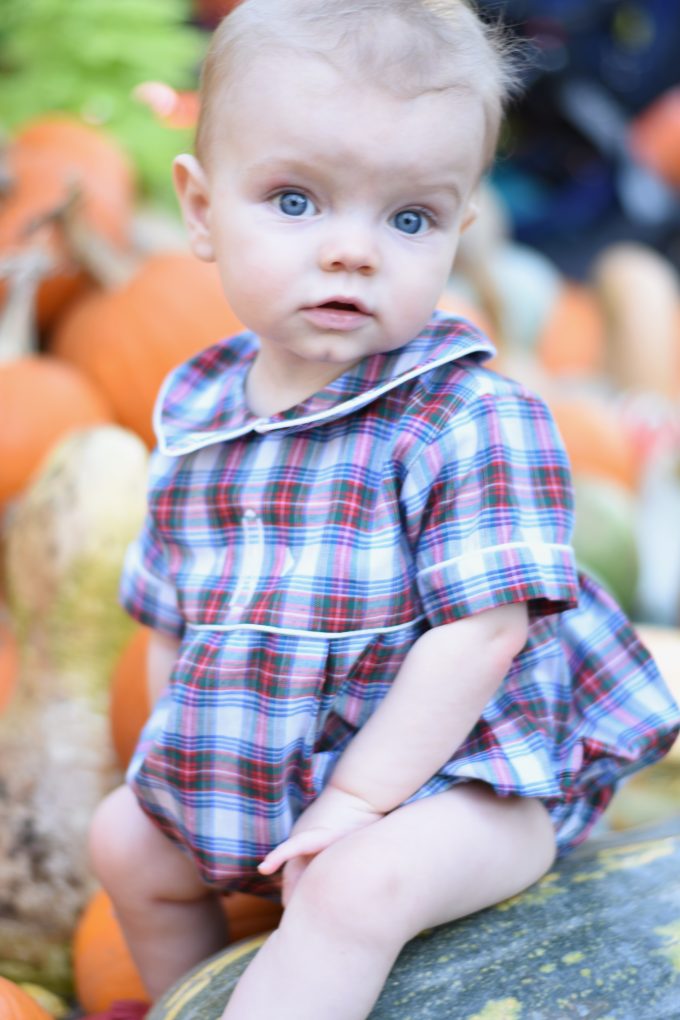 Recently, we made a trip to the Pumpkin Patch at the Dallas Arboretum. It seemed like the perfect place to take William’s pictures for his nine month baby update. We had the absolute best time. There were pumpkins everywhere, even little houses made with pumpkins. He loved seeing all of the pumpkins and he had his first taste of dirt- yuck! He is all boy 🙂 It was so much fun and such a fun place to spend the day that we bought an annual family membership, so we can go back whenever we like.

It is so hard to believe that my baby is 9-months old. As usual, the time seems to fly by and go slow all at the same time. I think each month gets more and more fun, but also more exhausting! When William is awake, he is busy. Like, he wakes up and doesn’t stop until nap time. I love his energy and seeing his excitement for all things. He talks to everything he sees- but especially our Nest thermostat, the washer and dryer and he is obsessed with crawling over to and playing with the door stopper. When we are on walks, he reaches to touch every plant and loves to play in the dirt. Plus, he greets most everyone with a squeal and the cutest smile. He continues to be the biggest flirt, and has recently started to snuggle with me more and more. My favorite thing he is doing now? Giving big, slobbery kisses! With all the good and bad that comes with parenting (we had a little scare at the doctor- everything is fine now), it made me realize how much I am not in control and how much I need to rely on God through this journey called parenthood! 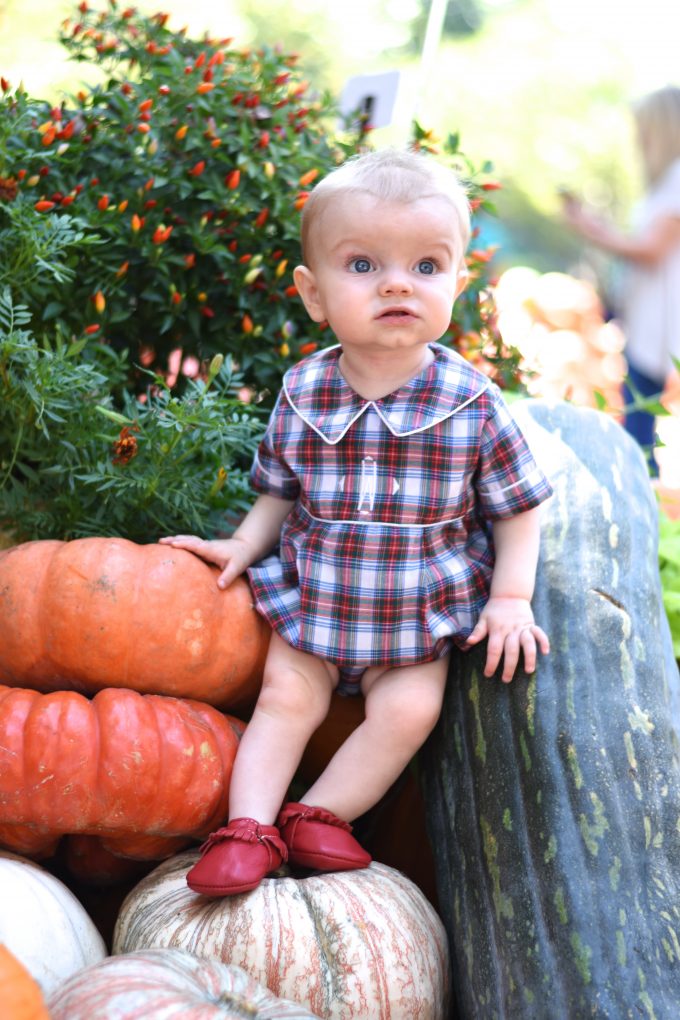 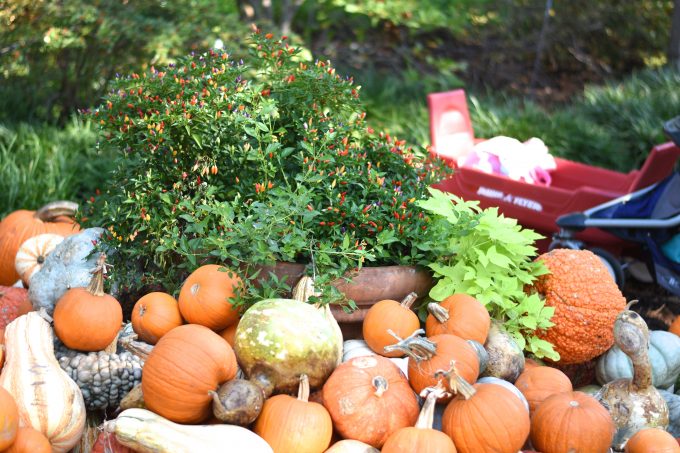 |There were pumpkins everywhere!| 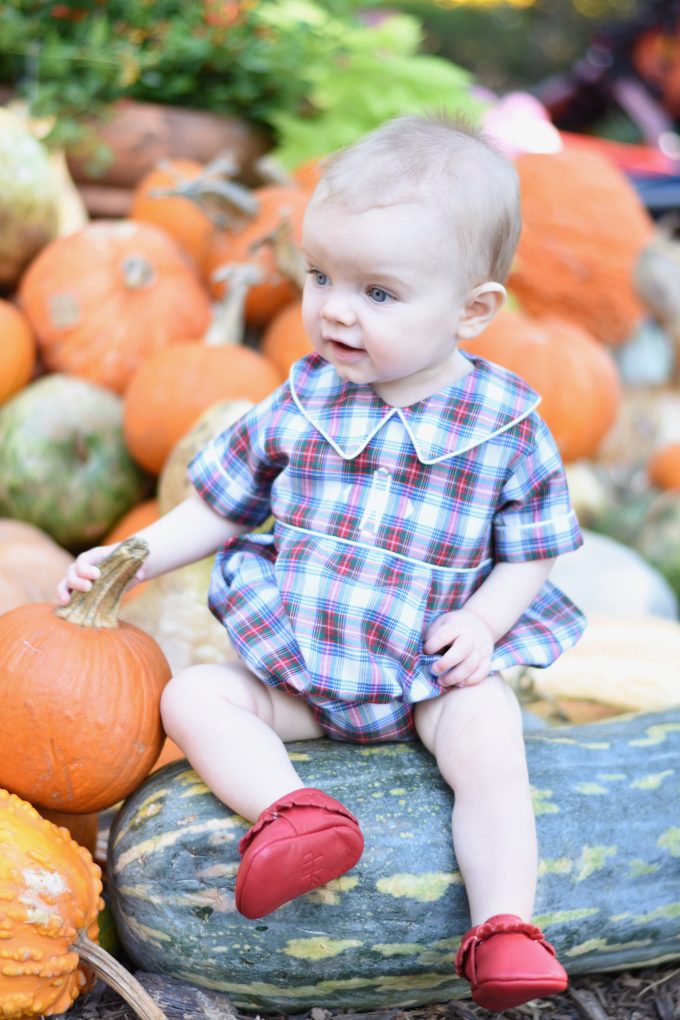 |William loved sitting on the pumpkins and touching them to feel the texture. He even tried to take a bite of one!| 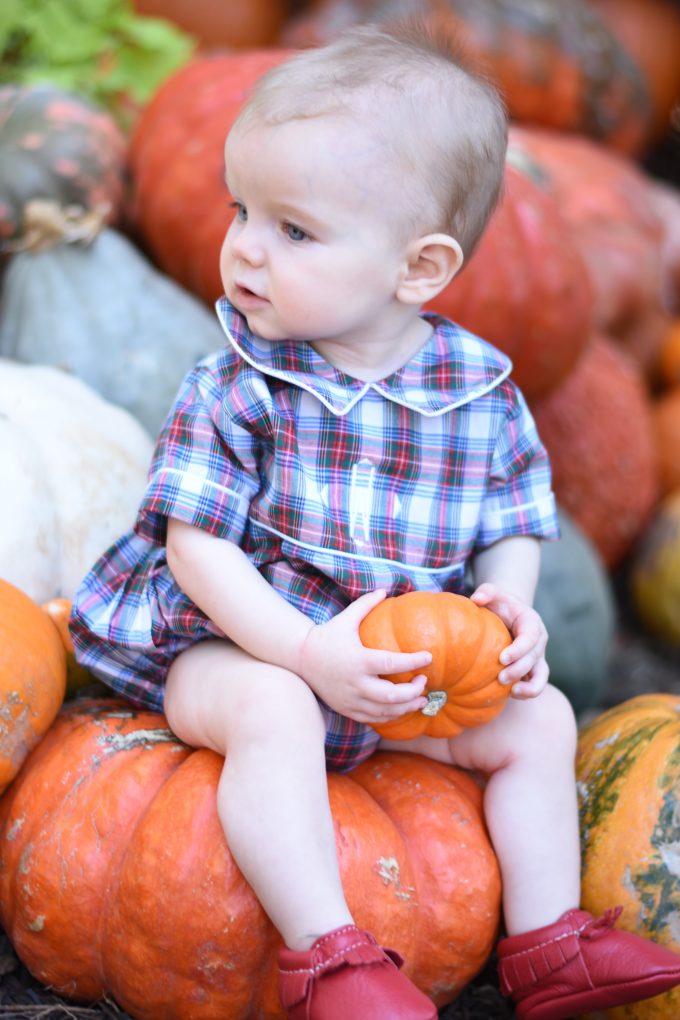 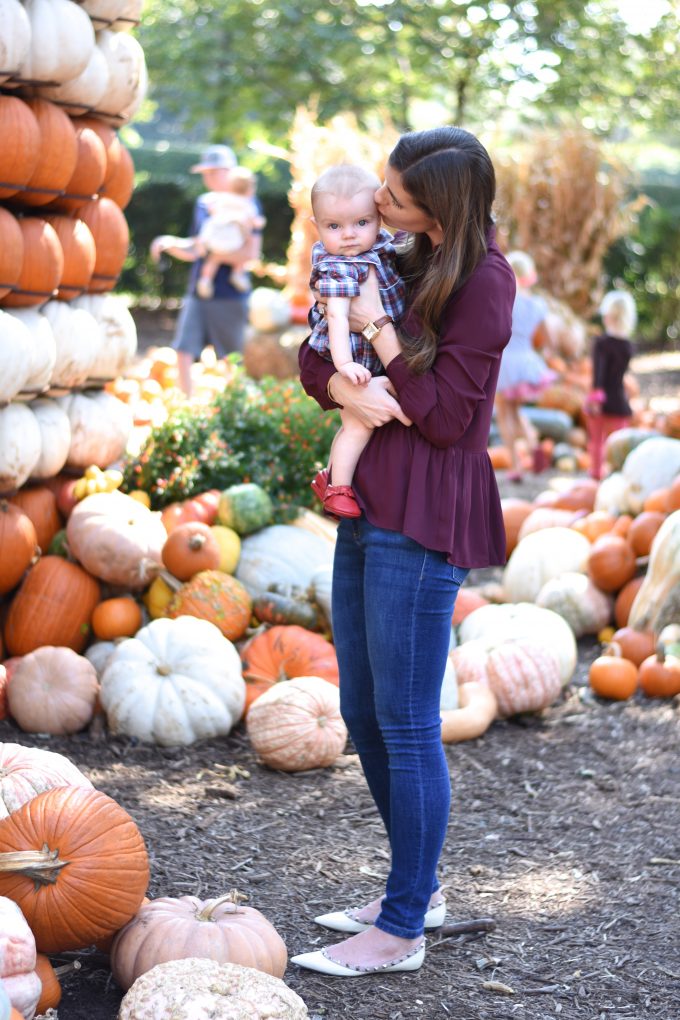 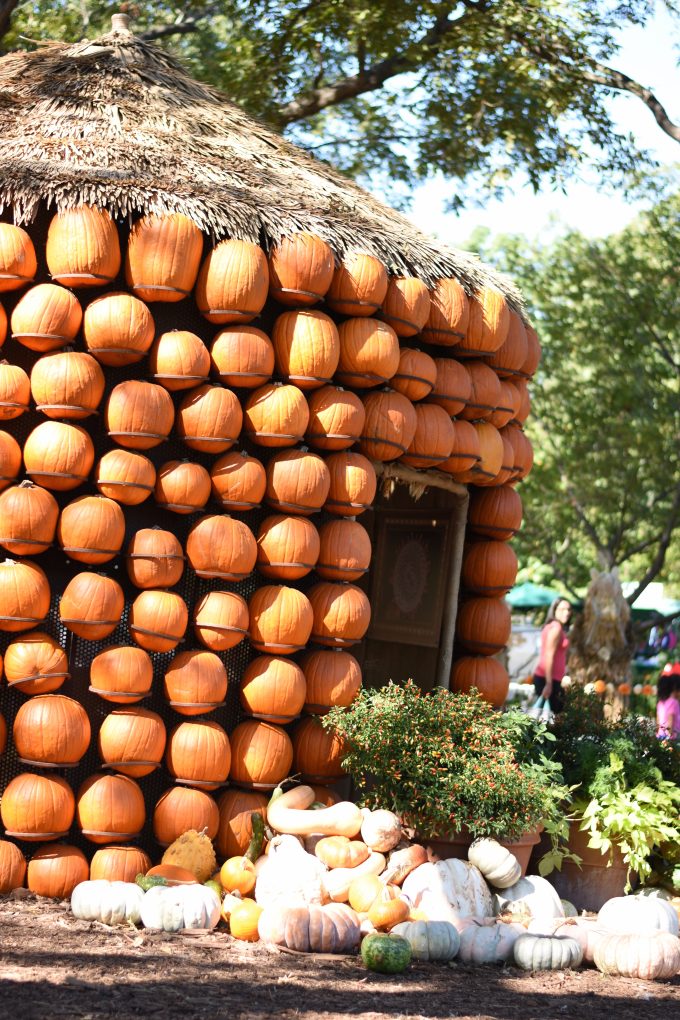 |There are little houses made out of pumpkins| 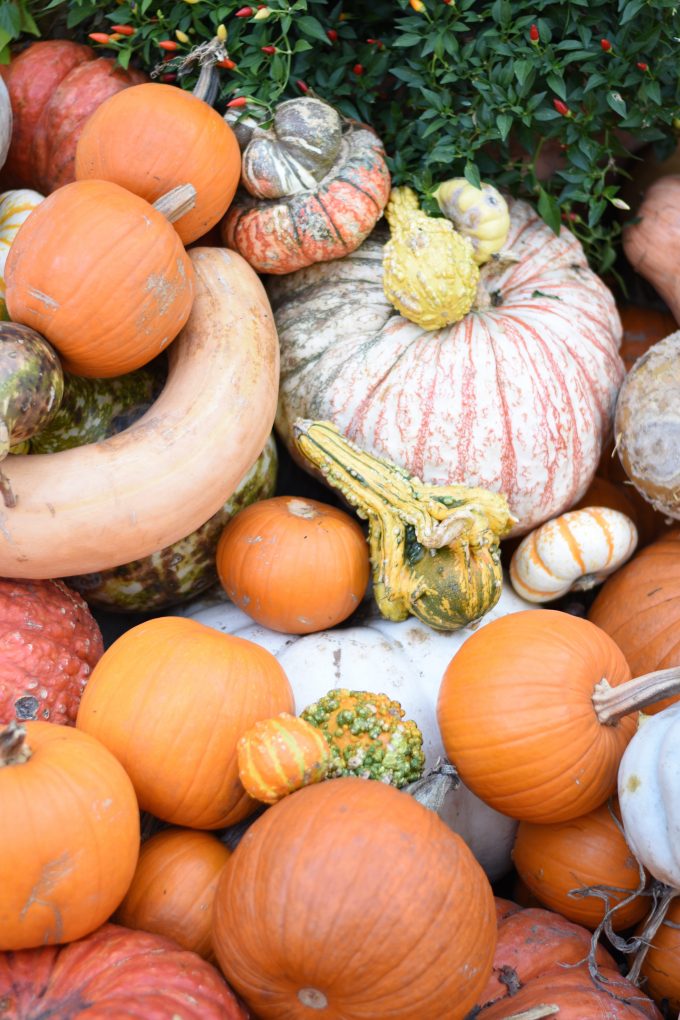 |We saw every kind of pumpkin and gourd you can imagine| 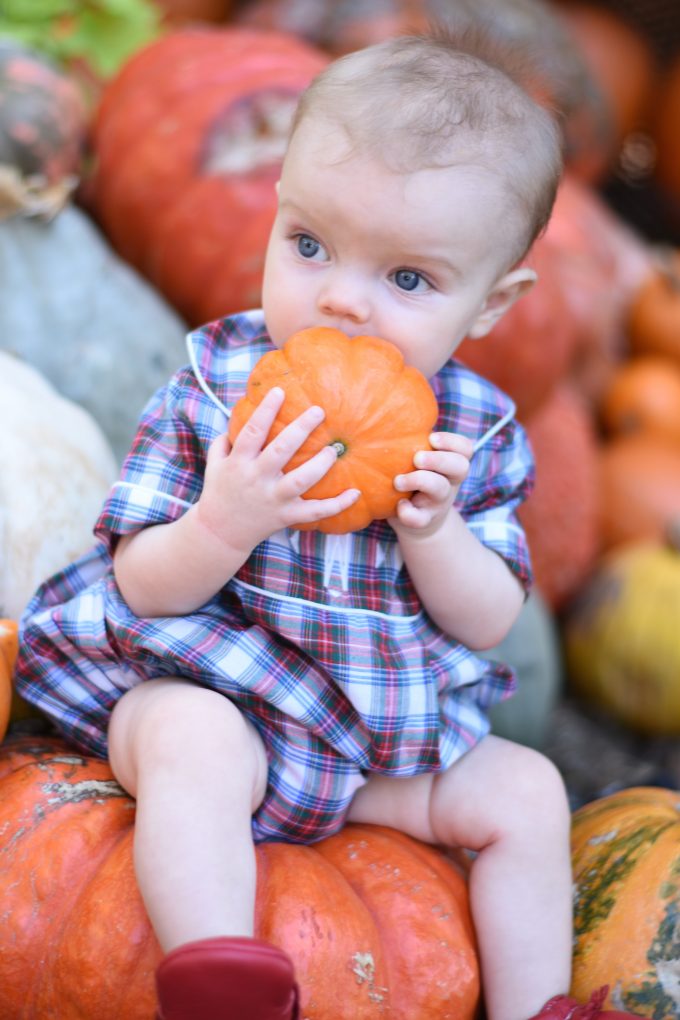 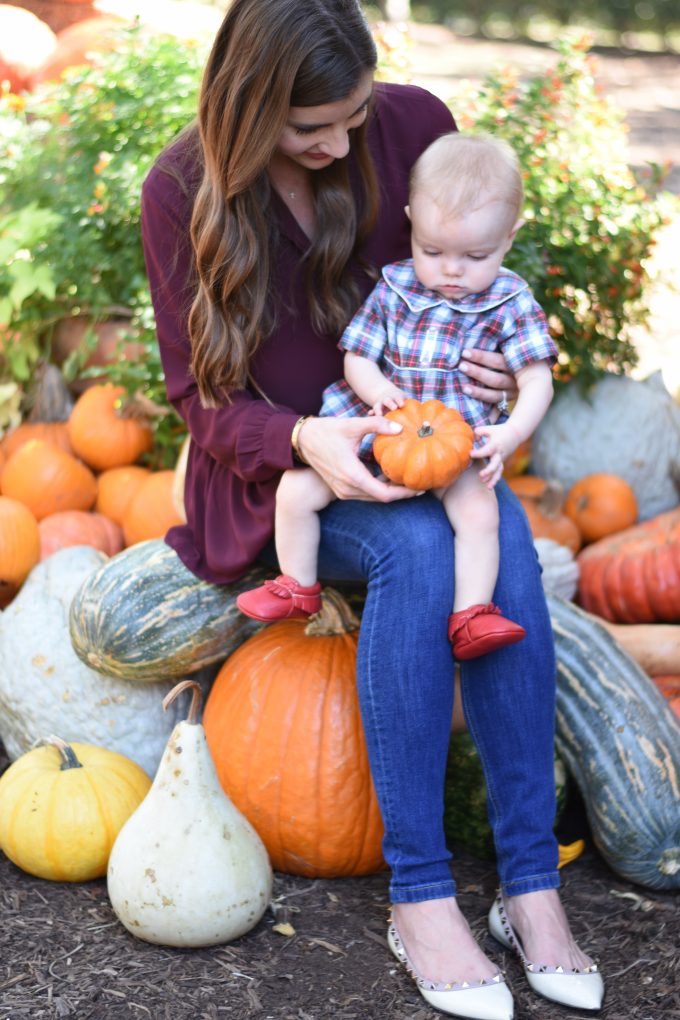 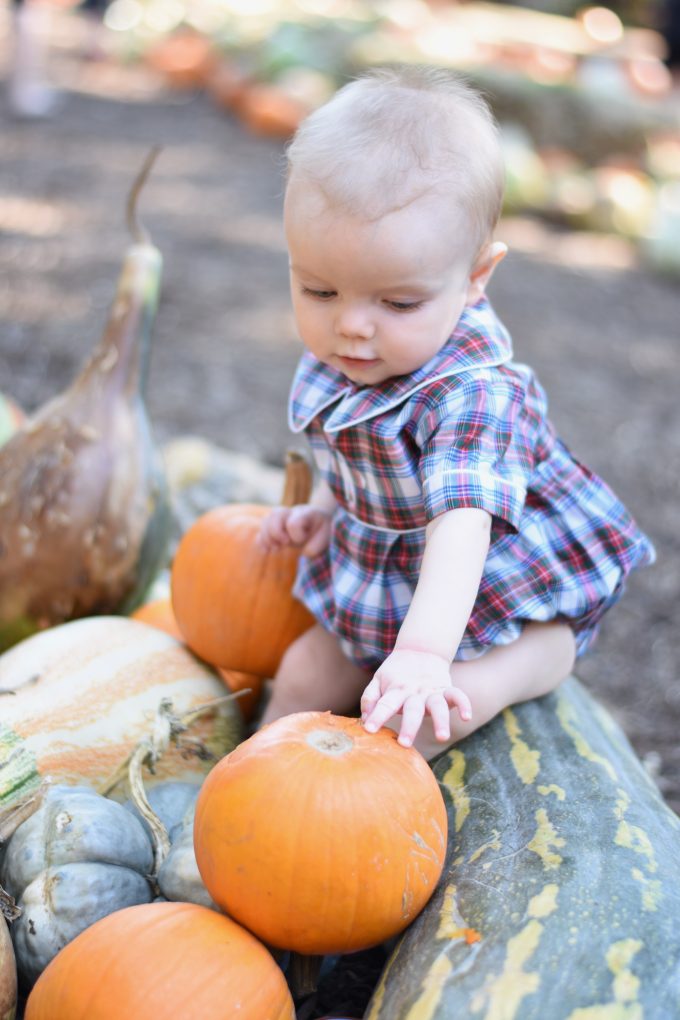 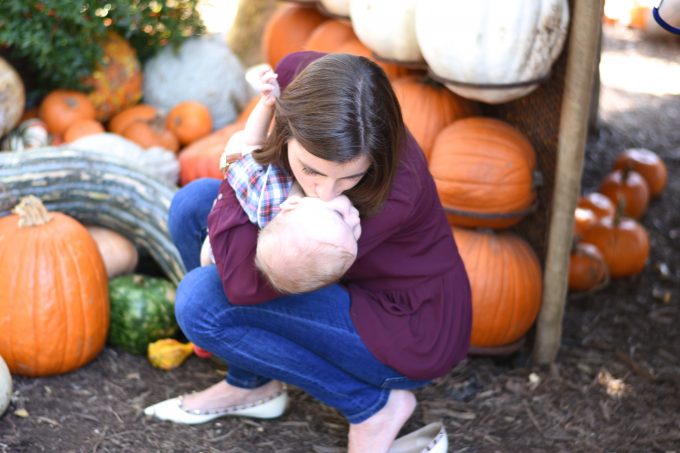 |Kisses for William in the pumpkin patch :)| 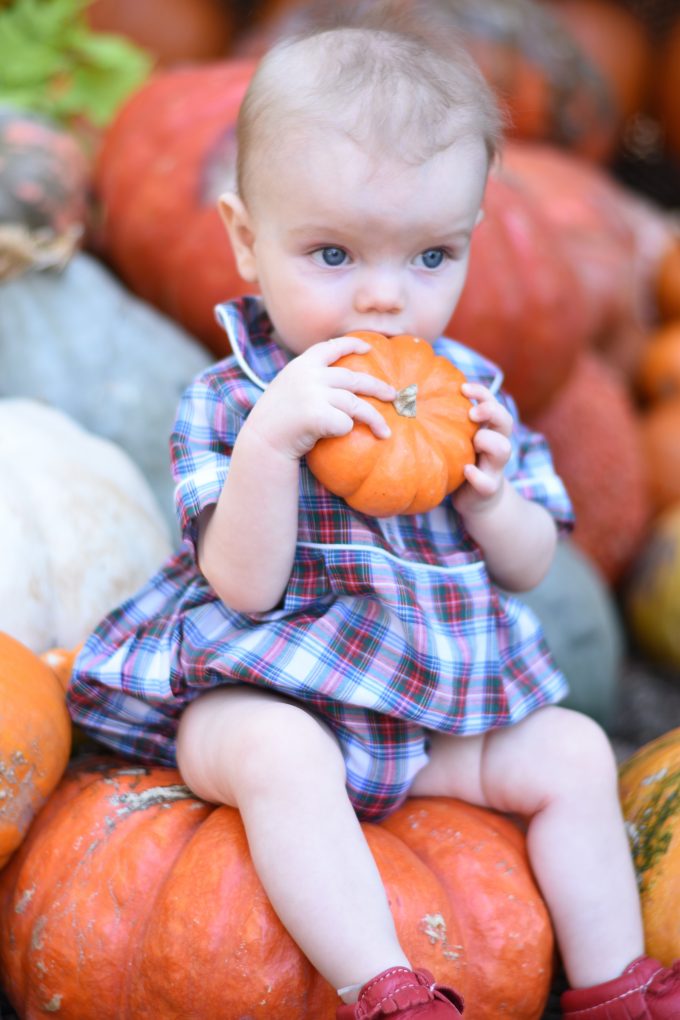 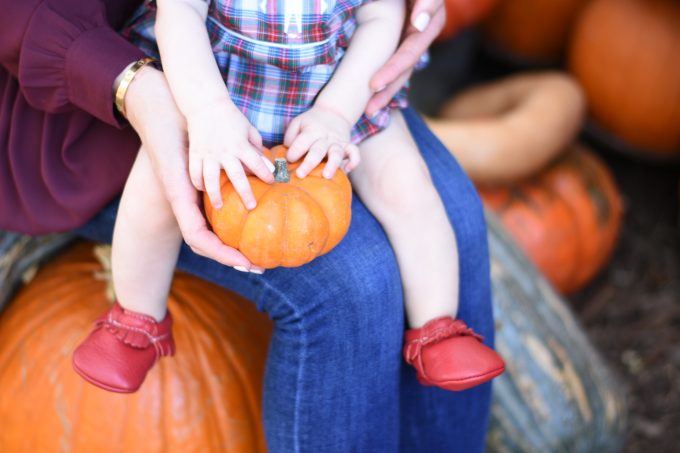 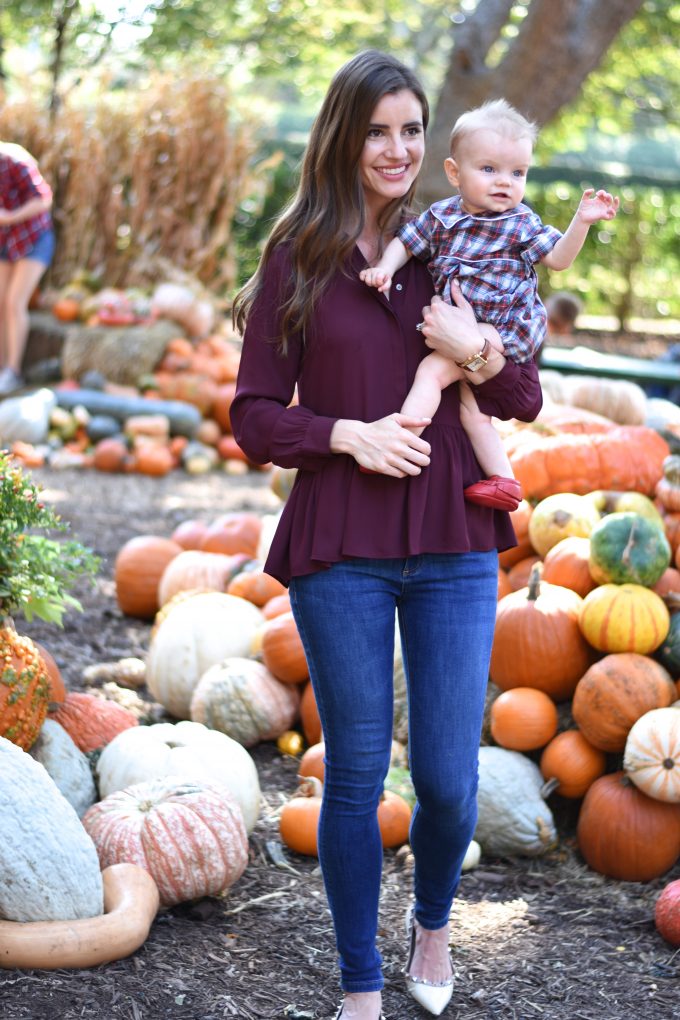